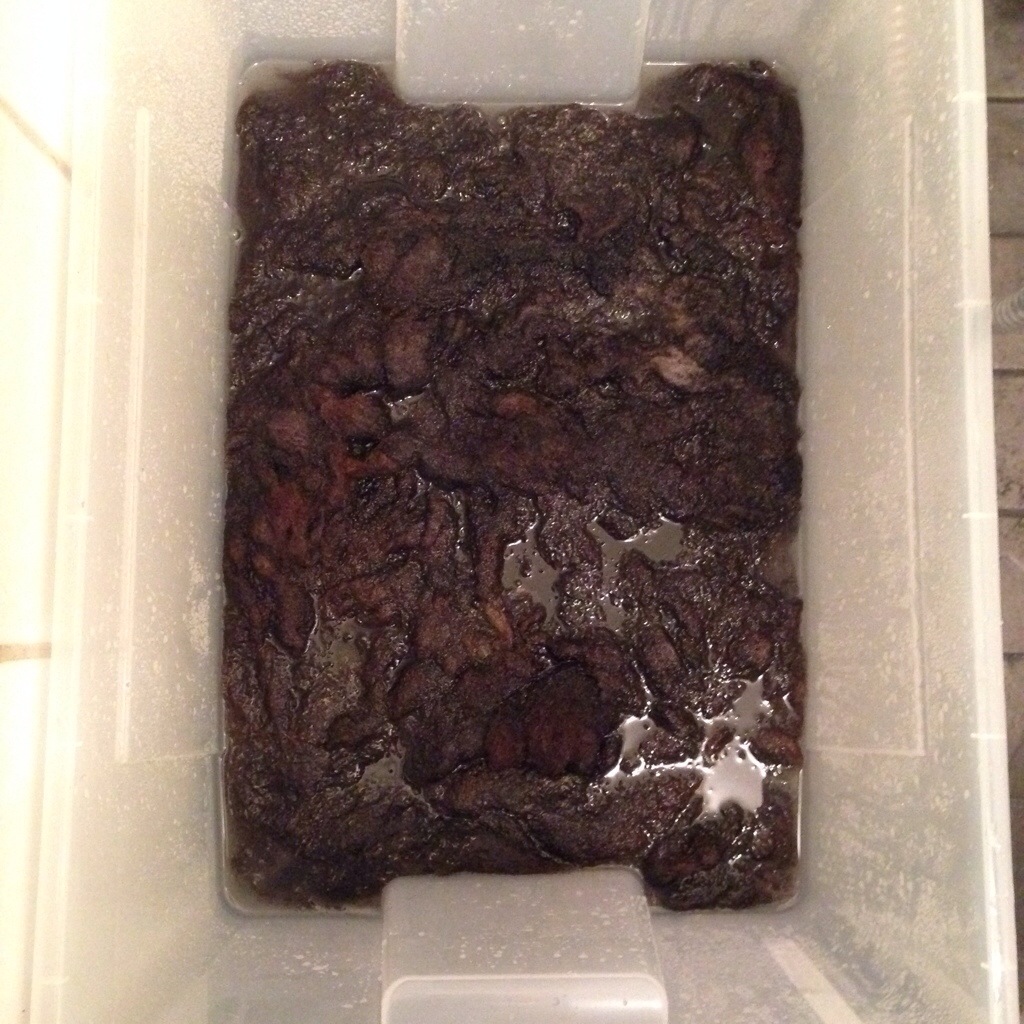 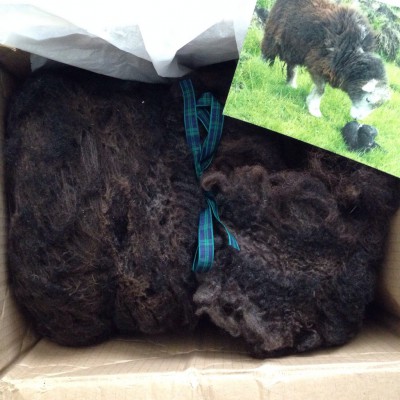 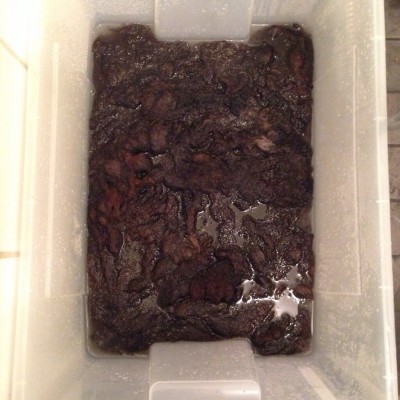 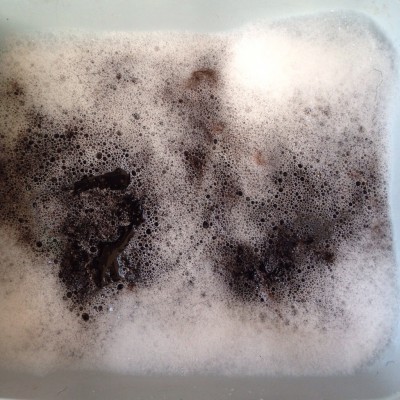 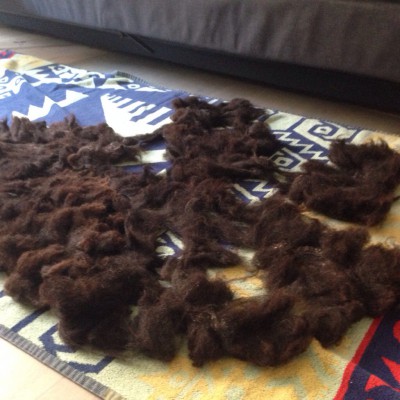 Last year, I got the brilliant idea (inspired by many other people’s posts in Ravelry groups!) to sponsor a sheepie in Scotland. Shankend farm is offering sponsorships – for around £20, you sponsor the sheep for a year, and you get a quarterly newsletter and the fleece from the sheep once it’s shorn. You even get to name the sheep, yay! :D
(My dad, being a farmer and having had sheep some years ago, told me that that is the approximate price of keeping a sheep fed and cared for for a year, so I actually find it quite cheap.)

So I got a sponsorship of a wonderful little Herdwick ewe, and I called her Wolletje. Wolletje is Dutch for “little wool”, and the spinner in me thought the name suited this little sheep well, especially because the wool was the most interesting part for me at the time ;)
Queue dreams of a Wolletje sweater, spun and knitted by yours truly!

At the time of signing up for the sponsorship, I did think a little bit about the whole fleece thing… It’s not at all like the wool I am used to spinning. It would be dirty, smelly, and very greasy (containing natural oils and lanolin), and it would most likely be a magnet for creepies that I certainly do not want anywhere near my stash!

Kate of Shankend has done a fabulous job of keeping me updated, sending newsletters that were both generic about her farm but also contained a page dedicated to my sponsorsheepie alone. It must have been such a huge job to keep track of all that and creating all those newsletters for everyone who sponsors one of her sheep! I am very impressed by the way it has been done, and I loved reading about the life on her farm, how well they got on, how many lambs were born etc.

Living in the “big city” (Copenhagen is a very small city compared to many other big cities), I have some way to get to a truly farm-like environment. Lucky for me, my parents each live a bit away from “normal civilisation” (compared to me, anyway), and my dad even has a little farm now (featuring a couple of cows for the meat, and this year even 6 piggies!), so I can get a little taste of it when I want to – but following the business of a farm is something else entirely, and turns out I have missed that!
Note to those who didn’t know: I grew up on a farm. I lived the first 16 years of my life on farms with dairy cows, so I have a pretty good idea of what farm life entails.

Back to Wolletje.
Wolletje is, as I mentioned, of the Herdwick race. I had to look that up, and to my delight there even was an entry in the Fleece & Fiber Sourcebook (any hand spinner’s bible for wool breeds!). 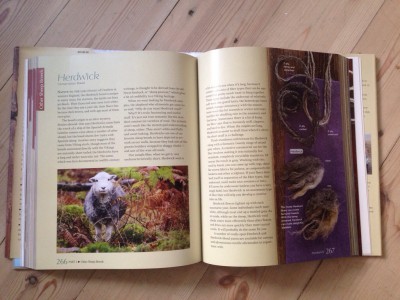 According to the Fleece & Fiber Sourcebook, Herdwick is a conservation breed, which (as far as I’ve understood) means it is bred to to try to keep the race. It should be one of the most hardy/robust sheep breeds, and the meat should be very distinct in taste. The wool is not something very sought after by spinners, as it’s coarse and scratchy – with a long staple length (= length of the fibers) and a large fiber diameter, it is best suited for outer wear, rugs, carpets, and the likes. It it known for being very varied, including kemp (the coarse, outer hair) and finer wool that sits closer to the skin, and it should be varied in color.
A fun detail, I think: Lambs are born black, then start getting white ears and faces, and gradually get lighter wool as they grow. They change color from black to light grey, which I find very fascinating – though the wool should be hard to dye (consisting mostly of kemp, which isn’t very receptive to dye).
Wolletje is a dark brown at the moment.

Wolletje is 2 years old, and she gave birth to a little ewe lamb on the 11th of May this year, here they are: 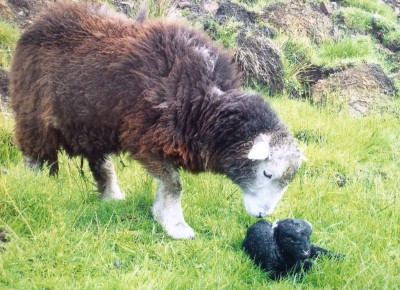 According to Kate, that all went very well and without any assistance, and Wolletje got on with nursing the lamb all well and good. It delighted me to hear, as I know how complicated it can be with that stuff not going well!
When I was a kid and we had sheep on the farm, there were some issues with sheep having too many lambs and not being able to care for them… So we had a little pen in the garden with a lot of little lambs in it. It was fun to play with them at the time, especially because people = food to them, so they were very tame!

Next up in this series of blog posts: Receiving and washing the fleece. Oh yeah!